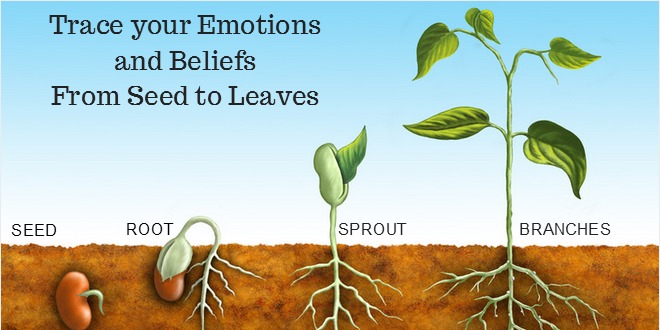 Whether you realize it or not, fear keeps you stuck.

Whether you realize it or not, fear is at the base of everything that stops your progress.

Whether you realize it or not, that thing you fear, it is almost never the threat you act like it is.

I believe that when we are not living our full potential or going after our dreams,  that if we can be aware enough to drill down, at the root of every unfulfilled goal or dream, is a “Base Fear” that burrowed deep into our minds, hearts and souls.

It’s really like a seed, and the seed that sprouts into a plant and into fruit which is what shows up in our lives. 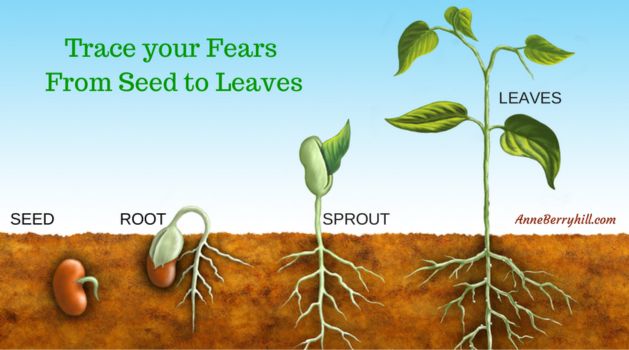 This illustration can work for both a seed of FEAR as it does for a seed of something good, positive or helpful. But for now, I want to tackle the Seed of Fear. Check out how it looks and shows up in lives. 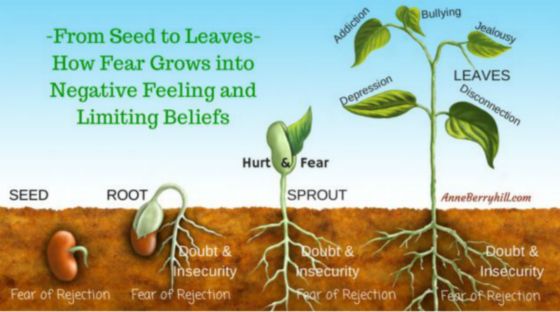 Starting with a seed of Fear of Rejection, follow the progression of the seed as it grows and takes root.

Fear of Rejection grows into Doubt and Insecurity which blossoms outwardly as Hurt and Fear which can show up to the world as Depression, Addiction, Bullying, Jealousy and Disconnection.

What about you? What things are visible in your life that you wish weren’t there?

What feelings or behaviors run your life? Are your knee-jerk response in your life in response to stress or anxiety?

We spend too much time trying to control the outward expressions, and not enough time digging into the soil and finding out what is at the base of the fruit that shows up in our lives.

In my life, I have been a slave to comparing myself to others, and at times even my former self. The standards I have set for myself in certain areas are so ridiculous that they were never attainable.

Consequently, I learned from getting burned on that, that I might as well not even try! I also have been afraid to attempt some dreams because I started making up all kinds of things that I thought other people would or were saying about me.

I started to realize the pattern in my life, and at that point, it became vitally important for me to trace it back to it’s origin, so I could deal with what was REALLY dominating my thoughts and actions.

Have you ever noticed that when you have weeds in your lawn that if you simply cut them down, they grow back? We know that to get rid of weeds in our yard, we need to pull them out by the root (which is the closest thing to the seed) in order to permanently get rid of the weeds and to keep them from spreading.

The good news is that it is the same with our fears. Once we locate and identify the fear at the root or base of all of our failed attempts and paralyzing thoughts, we simply need to do the work of getting rid of the fear by ripping it out at the base.

How to Rip out the Fear by the Root

In my own experience, the root of my fear is deep and well established. Less like a dandelion and more like the roots of an oak tree! So it’s not always easy or done in one step. But no matter the depth or size of the root, the first steps are the same.

#1– Identify the Fear at the root/seed

#2– Look at the Fear for what it really is. Where did it start? Who told you about this? Be aware of where it shows up in your life.

#3– Stop giving Fear power. The fear may not leave for a long time, but we only give it power when we let that fear dictate our thoughts and actions. Jeff Olson talks about this with “the funk”.He says “Everyone goes through the funk, and the funk always shows up. Instead of reacting to the funk, just say, there’s the funk and acknowledge it. Don’t give into it and just be aware of it as it passes through like a summer storm.”

#4– Go-Move-Take Action in the face of that fear. It really is the manifestation of uprooting fear and planting a new, positive, fruitful seed.

#5– Never stop looking for and ripping out the sneaky little sprouts of fear that will always try to pop up into your life. They will always pop up, its our job to be ready to deal with and conquer them!

Where are you shrinking in your life because of fear?

Are you disgusted enough yet to be ready to stop giving it power in your life?

Once you can get your fear to shrink or disappear, you life will open up in ways that you would never believe. It won’t happen all it once, but it will take time and practice to overcome. But every time you replace fear with a small step of courage, you will receive rewards that will blow your mind. It is an incredible step into living the most fulfilled, life of freedom that may have only dreamed about! Start now, leave fear in the dust!

Remember, that when we rip out the negative roots and plant positive, life-giving seeds, we also will reap what we sow. Check out this pic: 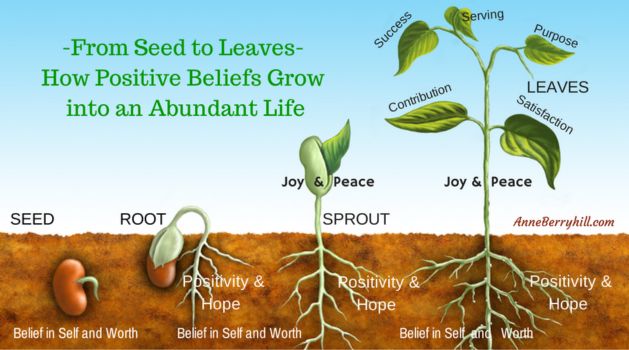 Become a farmer of life, by getting rid of the choking fears,

and planting seeds that will feed your soul and your life as well as blessing the world around you!

I would love to know what has helped you to overcome fear in your life!